Economics is one of the key causes of war - wherever there is a military conflict, someone is profiting from it. We call this "war profiteering".

WRI looks at war profiteering in a broad sense - we consider all companies and initiatives that benefit financially from military conflict as war profiteers, in some sense. This includes the arms trade and companies profiteering for the privatisation and outsourcing of the military, but also those extracting natural resources in conflict zones, financial institutions investing in arms companies, and many others.

WRI publishes a quarterly magazine called War Profiteers' News (in English and Spanish), and organises events to bring campaigners and researchers together to share strategies against war profiteering. In 2017 we will gather members and friends of the WRI network in London, for a seminar called “Stopping the War Business”. Campaigners will share experiences and strategies of countering the arms trade and other war profiteers. The seminar will take place at the same time  as the DSEI arms fair, where we will also take nonviolent direct action together. In 2015, we organised a similar event in Seoul, South Korea, which took place at the same time as the ADEX arms fair. 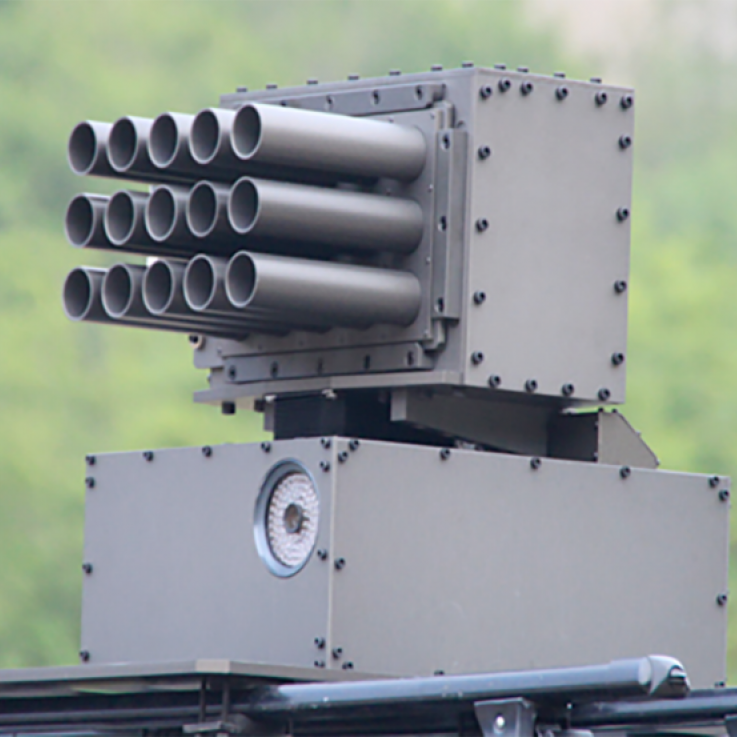 CNO Tech is a South Korean arms company, who manufacturer a range of equipment of weapons for military and law enforcement use, including single and multi-shot “riot” launchers... 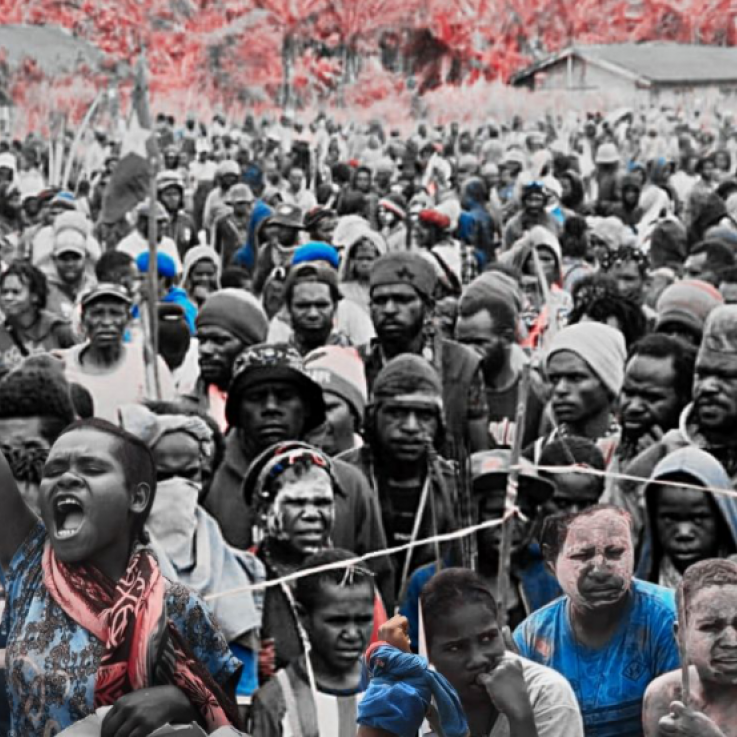 We are excited to share news of a new website, called War on West Papua. The website identifies a wide-range of weapons and military equipment used by the Indonesian security forces in their ongoing occupation of West Papua. 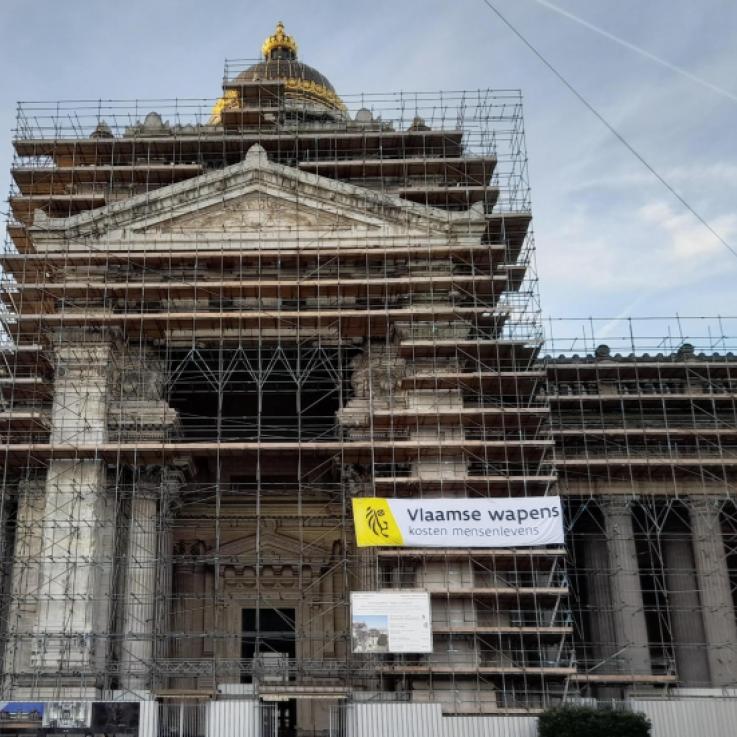 New resource: the Database of Israeli Military and Security Export 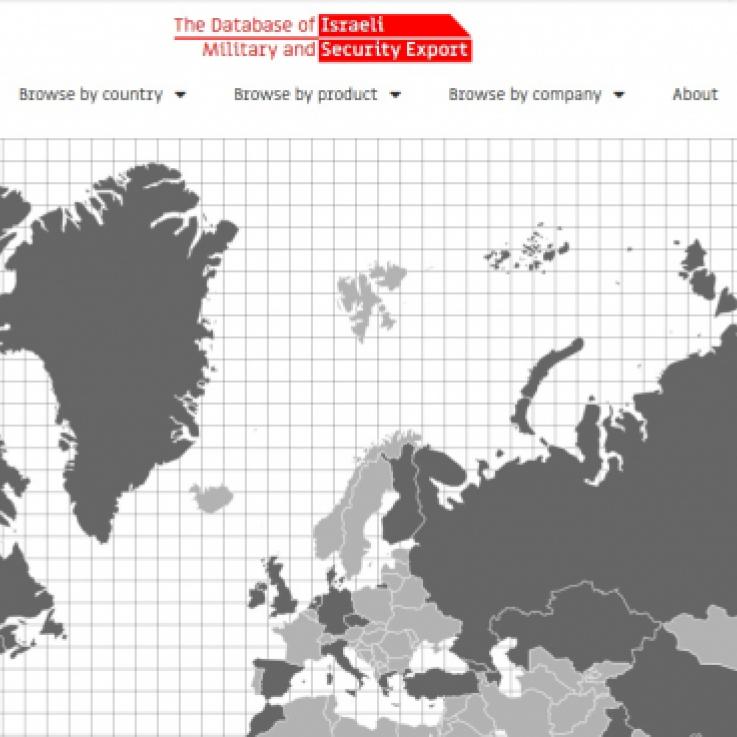 A new database of Israeli military and security exports – www.dimse.info - has been launched. The new database, developed by the American Friends Service Committee, is a tool for journalists, academics, campaigners, and other civil society actors critical of Israel’s arms export and its effect on human rights around the world.

How banks, insurers and pension funds finance the business of war in Spain

According to a new report published by Centre d’Estudis per la Pau to analyse the way banks, pension funds and insurers are funding the arms industry, the total financing to the arms industry by financial institutions operating in Spain reached nearly €11,969 million between the years 2014 and 2019. The largest armed banks operating in Spain are again BBVA, Santander, ING, Deutsche Bank, Banco Sabadell, Bankia and Caixabank.

The US air force has tested a new non-exploding fragmentation bomb, which it claims may be used as a "less-hazardous alternative" to cluster bombs. 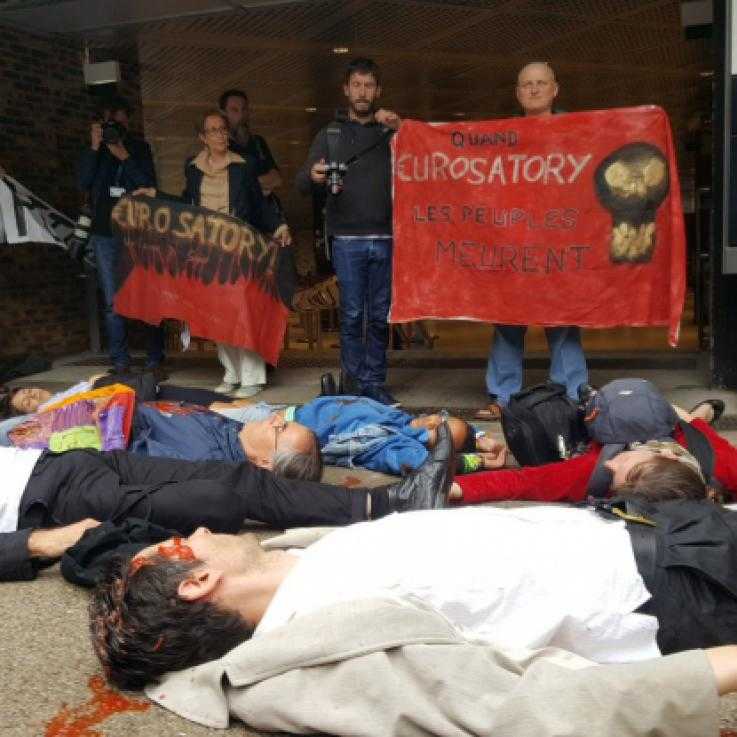 This week marks the non-opening of the world's largest arms fair - Eurosatory - in Paris. Despite the impressive array of fabulously rich backers who look forward to this biennial showcase for the latest and most sophisticated offerings in death and destruction, the salon has been cancelled. 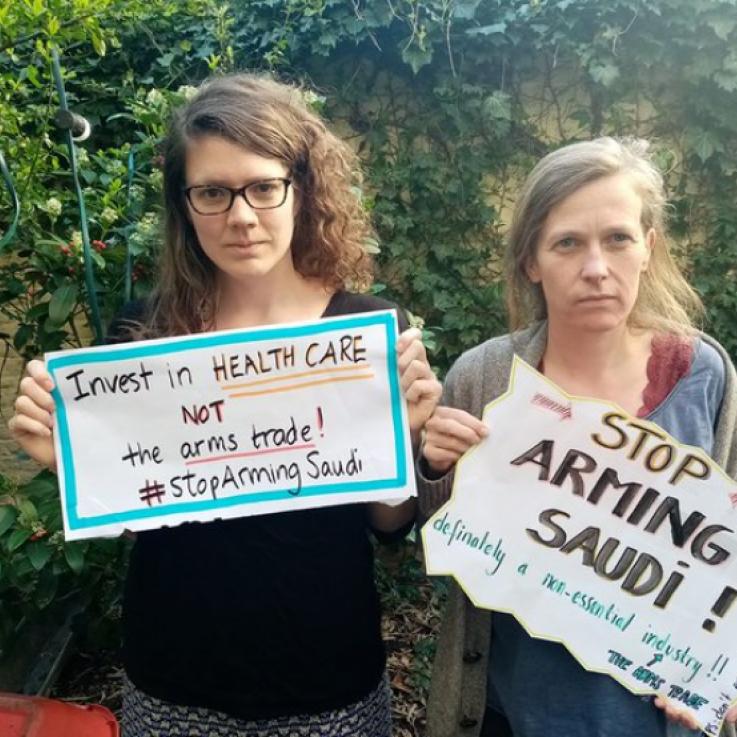 On Wednesday 25th March - the fifth anniversary of the beginning of the Saudi-led coalitions war in Yemen - people across Europe have used social media to protest against arms sales to Saudi Arabia, United Arab Emirates, and other countries involved in the conflict. 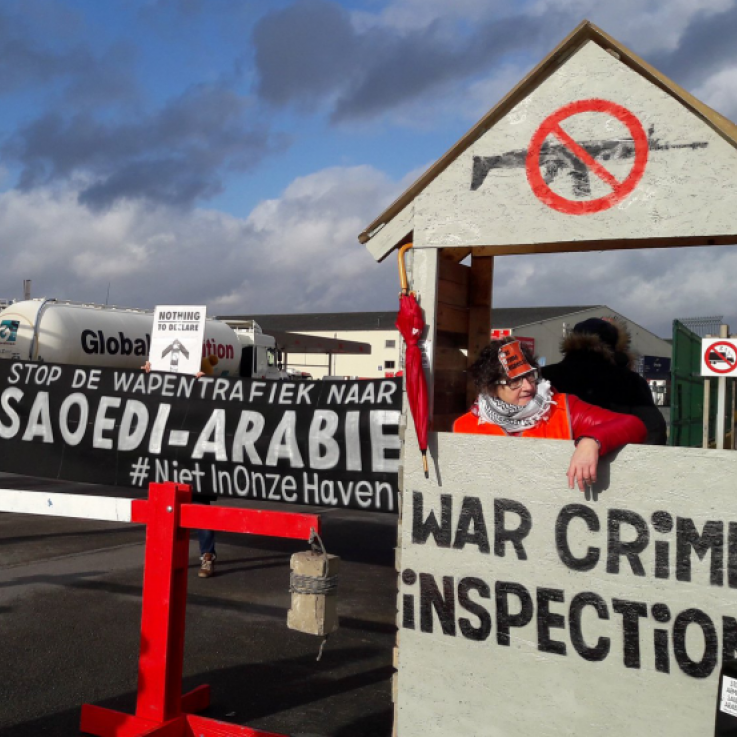 Activist in Belgium have successfully stopped a Saudi ship transporting weapons from the US, Canada and Europe from docking in the port of Antwerp. 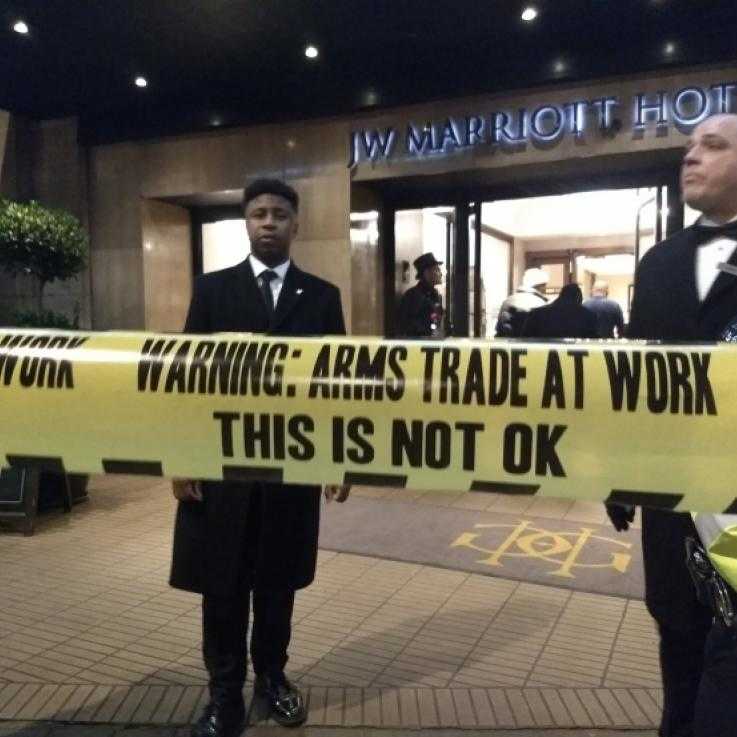 Activists in London -including WRI affiliates Campaign Against Arms Trade and Peace Pledge Union - have taken direct action to protest and disrupt a major networking and social event held by the UK’s Aerospace, Defence, Security, and Space Trade Association. 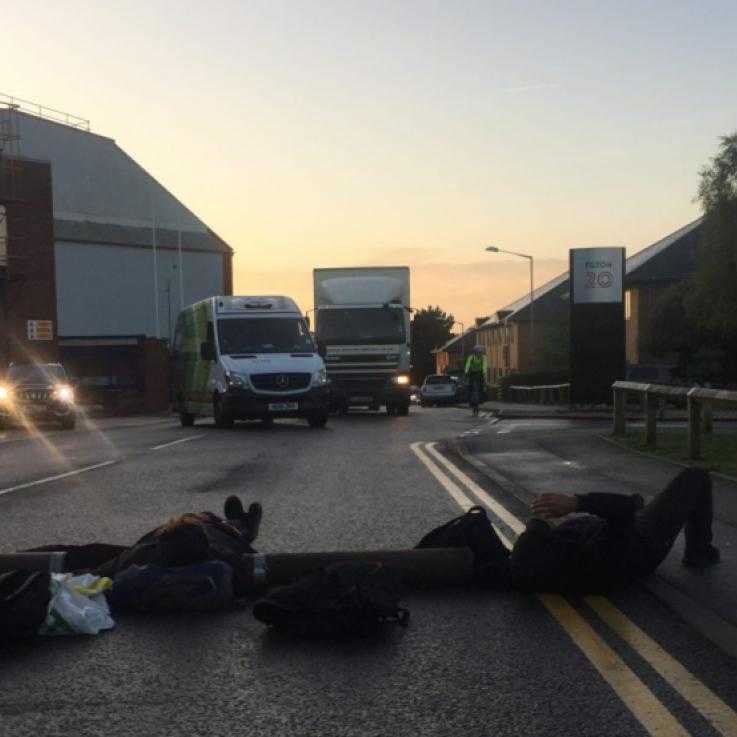 As Turkey begins its military attack on Kurdish regions in northern Syria, leaving dozens killed and tens of thousands fleeing their homes, activists are taking action against arms shipments to the Turkish military, and some states are responding by suspending arms shipments. 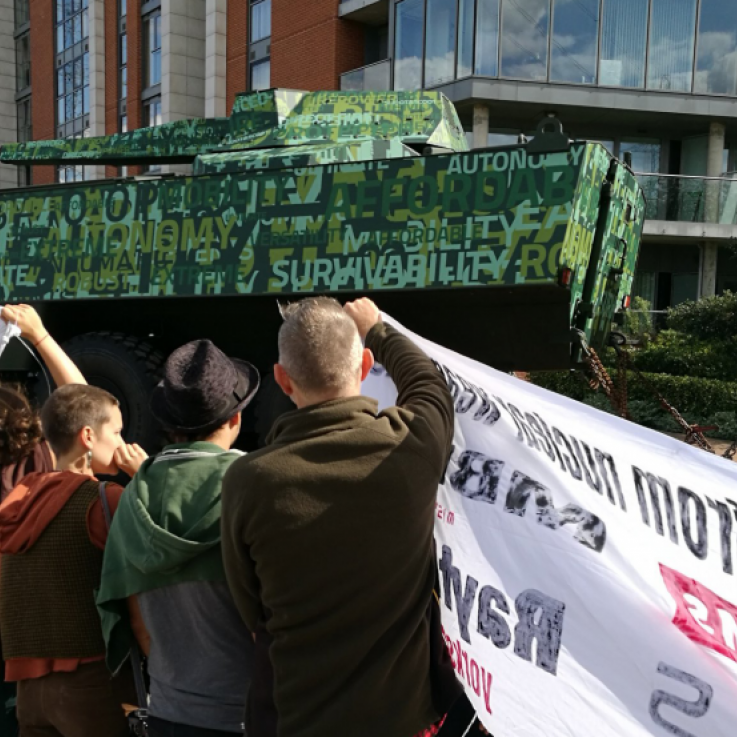 Activists in London spent the first week of September repeatedly obstructing and delaying the set up of the DSEI arms fair, one of the world’s largest exhibitions for the arms industry.