Egypt: There is No Military Solution! 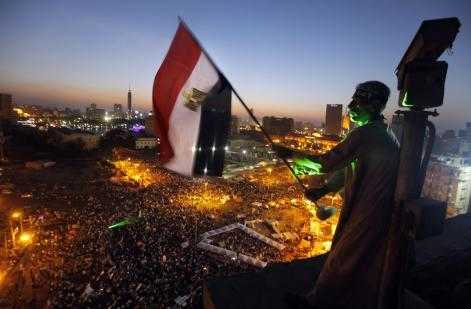 The situation in Egypt is no longer international headline news, and yet the conflicts persist. War Resisters’ International (WRI) expresses our grave concern and sadness about the situation in Egypt today, fearful that the widespread acceptance of the oft-repeated slogan “the army and the people are one” can only lead to greater militarism, violence, and ultimately repression and injustice. We join with many human rights and peace activists the world over in strongly condemning the recent massacres of largely unarmed civilians. This type of state violence often follows the militarization of politics, as armed forces take control of the offices of government and attempt to dismantle civil society.

WRI is an international network in 40 countries, pledged to resisting all war and combatting the causes of war. WRI groups were excited that, primarily through non-armed activity, Egypt shook off the the rule of Hosni Mubarak, and we looked forward to seeing the end of the corruption and human rights violations that entailed. We were then critical of the rule of the Army Council, and acted in solidarity with those attacked and imprisoned for "insulting the military". Since the 2012 elections, we have viewed the authoritarianism of the Morsi government with alarm, especially the attempts to intimidate activists who we feel embodied the best spirit of the revolution -- human rights defenders, community organisers, feminists, environmentalists, and pacifists. We are concerned too at the numerous reports of sexual abuse against women whose bodies are used as a battleground. We support the efforts of civil society groups to advance the cause of peace, social justice, and freedom of expression for all Egyptians. We were impressed to see millions of Egyptians in the streets nationwide calling for an end to undemocratic, fundamentalist politics, a change towards transparency, democratic participation, accountability, and an end to oppression. This mass movement has been years in the making, and this shows that it still has revolutionary aspirations.

And then, we were in disbelief to see that this mass mobilisation called for the Egyptian military to take over, and subsequent events bear out our worst fears. The massacres of civilians since the armed forces assumed power on 3 July can only damage the prospects for a democratic revolutionary process. Repression of the Muslim Brotherhood has not worked in the past, and there is no reason to believe that it will now. Instead, it threatens to usher in greater militarisation and authoritarianism.

A revolutionary transition cannot only oppose, but must also build. In particular, we look for a robust and diverse participation which has at its core both individual rights and collective commitment to an end to militarism, authoritarianism, and a military-centered political economy. We are inspired by the thousands of people who worked to protect members of other faiths, secularists, and other civilians during times of intense violence. We particularly highlight the work of feminists facing marginalisation from all sides while they seek to assert the rights of half the population. "We send our support to all non-armed activists and human rights defenders who work tirelessly to end imperial and military intervention, and affirm that the Egyptian people's voice be heard, not silenced, through intimidation, killings and political attempts to divide and conquer. We stand firm in our belief that nonarmed people power was, and still is, the strongest force behind the ongoing revolutionary process.

True democracy involves accepting and protecting the equal rights of participation from groups we do not agree with. It is not confined to the ballot box, but is found in the streets and neighbourhoods. It rests on the power of voluntary cooperation and common purpose, and looks to minimise the role of the armed forces.

Is there a way out of the current political and military dictatorship, that pretends to cover itself with a veil of civilian participation? We think so. The Egyptian people having experienced and learned the extent of their power, demanding revolutionary change nonviolently. Through a new broad democratic coalition, aware of the problematic of both fundamentalism and entrenched militarism, it is already in the making from the millions mobilized over the past two years, and reinforced by international solidarity. A look forward to seeing a new Egyptian alliance – bringing together all those who want to defend a democratic process, a politics without military means, a politics that respects differences (including differences of religion), a politics against sectarianism (especially violent sectarianism), against the use of incendiary language, and against the polarizing use of painful tensions which have historically divided people.