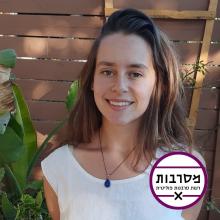 Israeli conscientious objector Hallel Rabin, 19, was imprisoned for her refusal to serve in the army. On 19th October, Rabin was sentenced to 25 days in military prison. This is Rabin’s third imprisonment. She has already spent 15 days behind bars in two terms.

Send a protest email to the Israeli authorities here.

On Monday (19th October), Hallel Rabin arrived at Tel-Hashomer conscription base for the third time, where she repeated her refusal to be drafted. Subsequently, she was tried and sentenced to 25 days more in military prison. Rabin was accompanied by her relatives, friends and activists of Mesarvot (solidarity network of conscientious objectors refusing to serve in the Israeli military for political reasons).

In her refusal statement, Rabin says: "I was raised on the values of freedom, compassion and love. Fighting to keep another nation enslaved contradicts these values. For too long, the good people of Israel have agreed to participate in the atrocities committed by the occupation. While I know my refusal is small and personal, I wish to be the change I want to see in the world, and to show that another way is possible."

You can send a protest email to the Israeli authorities using our template letter here.

As well as filling in our email alert, you can also write to Israel's embassies abroad. Find a list of these here.

War Resisters' International calls for the immediate release of all conscientious objectors. Refusing to kill is not a crime.