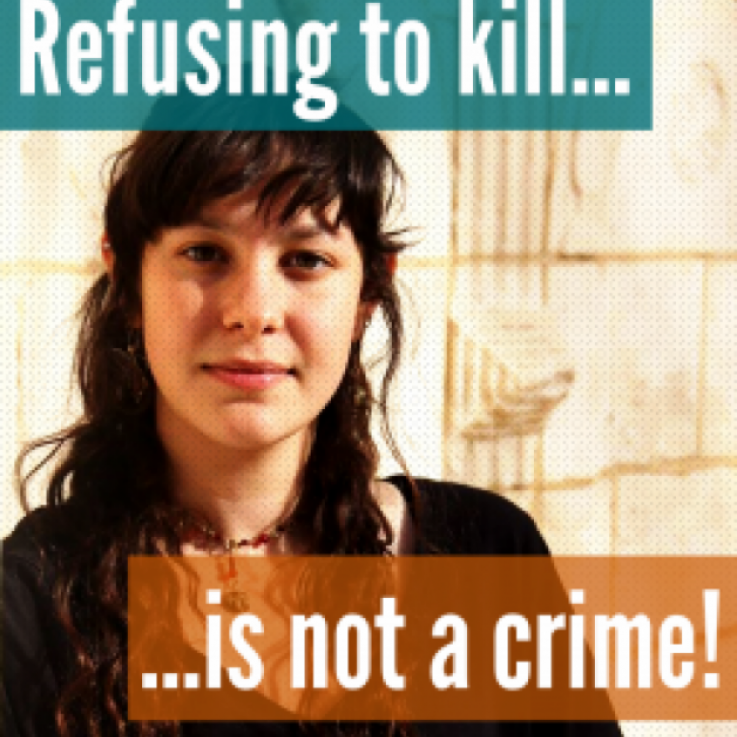 Following Tamar Ze'evi's release last month, who got conscientious objector status as a political refuser after serving more than 100 days in military prison, Tamar Alon has also been released. Alon, refused to be conscripted in November last year, saying that joining the IDF would have contributed to the oppression of the Palestinian people. She has served six terms in military prison and spent 130 days in total behind bars.

After 115 days of imprisonment, Israeli conscientious objector Tamar Ze'evi has had her objection to military service recognised, and has been granted CO status as a political refuser. However, conscientious objectors Atalia Ben-Abba and Tamar Alon have been imprisoned again for their refusal to take part in the occupation and serve in the IDF. This is Atalia's second, and Tamar's sixth imprisonment, and each will spend 30 days more behind bars. Click here send a protest email to the Israeli authorities.

Along with our email alert, you can also send your solidarity messages to Atalia and Tamar. Use this link to write them and your messages will be passed on.

Tamar Alon, Atalya Ben Abba and Tamar Ze'evi are facing repeated imprisonment for refusing to serve the Israeli occupation. On 1st December, Mesarvot (a network supporting political refusal and conscientious objectors) called an international a day of action to support them.

Vigils took place outside arms manufacturing facilities and other locations calling on governments to stop arming the Israeli occupation rather than profiting from it. the day of action highlighted that as young people in Israel are refusing to serve the occupation, we should refuse to profit from it. Because as long as Europe trades with the Israeli weapon industry - the occupation will continue. As long as the US continue to arm Israel and buy its weapons - young Israelis will continue to be imprisoned for refusing to aim these weapons toward civilians.

Thursday is Prisoners for peace day: support those who refuse to occupy

1st December is Prisoners for Peace Day: a chance to show solidarity with those imprisoned or their work for peace. Use this list to contact those currently in jail.

During November and December, Tamar Alon, Atalya Ben Abba and Tamar Ze'evi will refuse to conscript and serve the Israeli military occupation of Palestine. So this Prisoners for Peace Day we are also organising an international day of action with Mesarvot (a network of Israeli organisations, groups and individuals who support political conscientious objectors) when we declare: THEY REFUSE to serve the occupation, WE refuse to profit from it. Vigils will take place outside arms manufacturing facilities and other locations calling on governments to stop arming the Israeli occupation rather than profiting from it. Could you arrange an action near you? Contact mesarvot.im@gmail.com, and share the Facebook event. 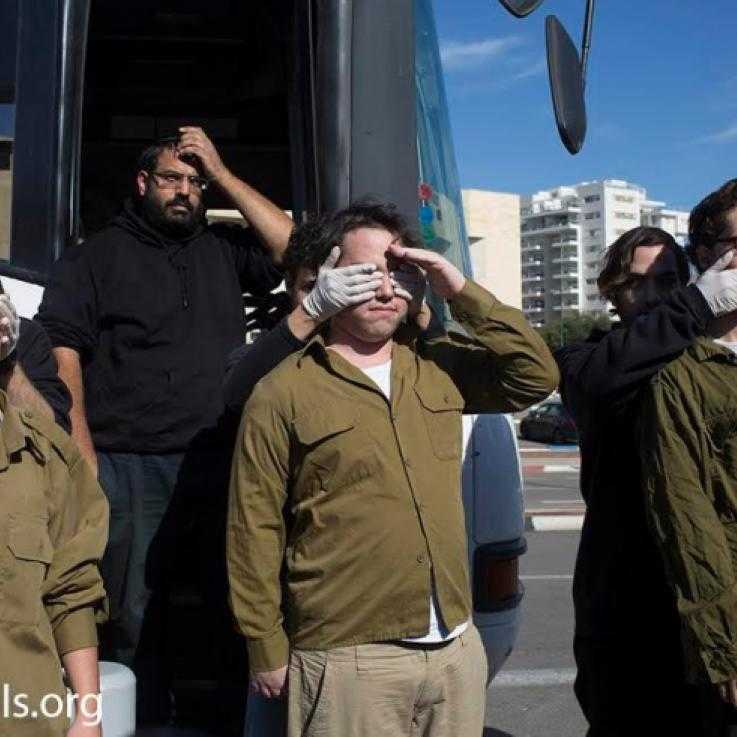 Tamar Alon, Atalya Ben Abba and Tamar Ze'evi are facing imprisonment for refusing to serve the Israeli occupation. Support them by joining us on December 1st for an international day of action.

Vigils will take place outside arms manufacturing facilities and other locations calling on governments to stop arming the Israeli occupation rather than profiting from it.

As long as Europe trades with the Israeli weapon industry - the occupation will continue. As long as the US continue to arm Israel and buy its weapons - young Israelis will continue to be imprisoned for refusing to aim these weapons toward civilians.

THEY REFUSE to serve the occupation, WE refuse to profit from it.
***

On 14th July, conscientious objectors Tair Kaminer and Ruslan Kotsaba – in Ukraine and Israel respectively - were released. Journalist and draft refuser Ruslan Kotsaba was freed on appeal, after initially being charged with treason. The judge found that there was no evidence to condemn him, and ordered his immediate release from custody. In Israel, refuser Tair Kaminer was exempted from the army for 'bad behaviour'. She had spent over 150 days in prison for her refusal. CO Omri Baranes is still going through the process of being repeatedly called up, imprisoned, released and called up. Sign up to support her, and other COs, here. Refusing to kill is not a crime.

In Israel, Omri Barnes and Tair Kaminer have been imprisoned again because they #refuse2occupy and refuse to serve the army. Tair, starting her 6th term of 45 days in prison said "As long as the violent military way holds sway, we will simply have further generations growing up with a heritage of hate, which will only make things even worse. We must stop this - now!". Omri, returning now to prison for the third time for a term of 30 days says "The military creates a circle of violence while claiming to defend the country. I believe that a person has a responsibility towards certain humanistic values, which lie beyond his/hers political and social framework, which is why I refuse to enlist."

Their support group Mersavot is calling people around the world to support them, by posting your own picture a with a message to Tair and Omri and use the hashtag #refuse2occupy.

Conscientious objector groups from the eastern Mediterranean region have recently issued a statement on the ongoing military crisis in their region. Declaring their solidarity with refugees escaping from war and repression, they made a call to the international community to pursue peaceful solutions, rather than militarised ones, for the ongoing violence in the region. “The world's reaction to the current regional violence,” the statement declares, “should be building societies, assisting refugees, and mediating between fighting parties, not selling arms, bombings and providing military assistance.”

Amnesty International in Greece held a solidarity action for Israeli conscientious objector Tair Kaminer on 20th March 2016, when Tair was in prison for the third time.

We are conscientious objectors from all around the eastern Mediterranean region. Our region has suffered for so long from oppression, injustice, militarisation, military occupations and wars, as well as poverty, illiteracy, hunger and lack of social infrastructure. In this difficult period, when our region seems to fall even more into the chaos of war, we raise a common voice for peace and against militarisation.

We refuse to allow this cycle of violence, initiated by oppressive states and economic interests, to continue; we refuse to be a part of it; we refuse to be enemies with people who just happen to be of a different nationality or religion; we will not be dragged into their wars and armies leading to death and destruction in the region.

It started when I was 18. I refused to join the Israeli army. That was the first time I took part in the conscientious objection movement in Israel. Before that I'd been in touch with New Profile, which is a feminist organisation that also works with conscientious objectors. I contacted them to get help getting out of the army.After spending some time in jail, I moved to Jerusalem and started taking a more active part. I joined New Profile and I've been a member for the last 3 years.
Read more
Subscribe to Support Israeli conscientious objectors