Military service is obligatory and is stipulated by the Political Constitution of the State in Articles 108 and 249 in its Title III, on Duties. Law 1405 of 30 December 1992 establishes in its Article 7 that "it is the inexcusable duty of all Bolivian citizens, subject to military dispositions in time of war and national emergency, no citizen may refuse their services professions, technicians or scientists to the Armed Institution, when for special reasons qualified by Supreme Decree of the Executive Power and in fulfilment of its Constitutional Mission, they are required to preserve the Security, Integrity and Sovereignty of the Nation”

Active service is between 18 and 22 years and the duration of military service is 1 year. Recruitment is done through the Recruitment Centres and there recruits are split into different categories: skilled, unskilled, auxiliary and postponed. The 'student' or 'preliminary service' is for those aged 16 to 18 years, and the reserve service from the 29 to 45 years.

In 1996 the Armed Forces reintroduced the Preliminary Service for youth of both sexes on a voluntary basis through a presidential decree. This includes students from the fourth grade of secondary school. The number recruited for Premilitary Service is approximately 26,000 to 24,000 men and 2,000 women (General Military Service, 2012).

In accordance with the Law No. 954 of June 2017, Voluntary Military Service is established for 17-year-old males, with a duration of one year.

The decision was made despite the fact that in March 2016, the Plurinational Constitutional Tribunal established, through a ruling, that Compulsory Military Service must be for those aged 18 to 22, while pre-military service is from age 17 (for students in the fifth year of secondary education).

Law 954 stipulates that the Ministry of Foreign Affairs will take “the necessary steps to ensure that the United Nations align the minimum age of voluntary military service and pre-military service in the binding declaration of the Plurinational State of Bolivia to the Optional Protocol to the Convention on the Rights of the Child on the involvement of children in armed conflict.”

On 9 June 2017, Law No. 954 was passed which, among other things, legalises military enlistment for women aged 18, but on a voluntary basis.

The Alternative Military Service SAR (Search and Rescue) is available for citizens who have reached the age of compulsory military service. In it, they coordinate search and rescue missions for aircraft in emergencies or accidents, rescue passengers and crew, as well as rescue operations in natural disasters. The duration of this service is 2 years.

Likewise, Article 20 of the Law on Persons with Disabilities provides that: "The functions of the Armed Forces shall be to: (a) make the Civil Service effective for persons with disabilities, according to the type and degree of disability, respectively, and b) To grant the corresponding libreta militar with the release of the stipulated cost, in the case of people with limited resources, to persons with disabilities who fail to access the Military Service or the Mandatory Civil Service, due to the type and degree of disability they present".

Conscientious objection is not recognised in law either for conscripts or for those who enlisted voluntarily.

Although conscientious objection is not legally recognised, this has not been always an obstacle to its application.

In 2003, a young man claimed conscientious objection. He refused to perform military service on religious grounds, tried to state his right of conscientious objection as stated in article 12 ACHR (or the Pact of San José), where it was indicated that this rule does not apply in Bolivia and he presented his case to the Inter-American Commission on Human Rights (IACHR).

After more than a year (2004-2005), the State and the objector, with his sponsor the Ombudsman’s Office, reached a “friendly” settlement by which brought the complaint to an end. The Ministry of Defence agreed and handed over a libreta militar without the young man doing his service, but at an economic cost.

In the year 2016, a young man of 18 years received constitutional protection as a conscientious objector.

However, the Legislative Assembly still refuses to draft a law or regulation that establishes the scope and purpose of the right to conscientious objection by referring to the “problem” of the principle of equality of persons to the law, (the constitutional duty to provide compulsory military service vs. others that are totally exempt through the invocation of the right to freedom of conscience). Since they are not consecrated or duty regulated in the legal system of the State, the people of service age cannot invoke this right as an exception to the compulsory military service, and on their part, the authorities of the Armed Forces cannot respond to the request of the people who invoke it. However, judgement No. 0265/2016-S2 concludes that: "conscientious objection can not be applied directly and immediately, because there is no a regulation, (...) but alternatively, in the different classes that the state recognises, the interested parties must be subject to the observance of national domestic legislation on the right invoked”.

Desertion or abandonment of militar service in peace time is sanctioned by the military penal code. The deserter will be subject to four years of imprisonment if the offender belongs to the class of generals, three if the one of superior officers, two if it is junior officer and one if they are cadets or students of military vocational training institutes or non-commissioned officers or classes. Likewise, attempted desertion at any time (in war or peace) is sanctioned with half of the respective penalties.

Bolivia: 62 Soldiers refuse to be part of oppression

This November in Bolivia, sixty-two soldiers performing their military service at the Military Police School Regiment N°1 Saavedra requested to be discharged, arguing that they didn't want to attack their parents and families protesting on the streets.

Bolivia: 'Voluntary' conscription of 17 year-olds and plans for substitute service

Plans for an alternative 'Social Action Service' have been announced by the Bolivian Ministry of Defence. Currently, no substitute to military service exists in the country.

Statement in solidarity with the conscientious objectors of Bolivia by ANOOC, Colombia 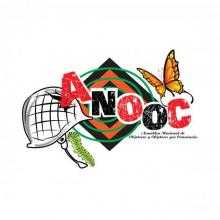 This year on the 22nd of March, the Bolivian Plurinational Constitutional Tribunal (PCT) rejected the right of conscientious objection as an alternative to its obligatory military service. This has occurred in spite of the generally agreed-upon right to constitutional protection, brought to attention by 18-year-old objector Ignacio Orías Calvo, who claimed refuge under this fundamental right based on his religious beliefs.

This decision would not seem to follow the same logic of a government fostered by a constitution which, at least on paper, affirms that “Bolivia is a pacifist state, which promotes the Right to Peaceful Solutions and a Peaceful culture”. In actuality, what would appear to be a contradiction fits neatly within the patriarchal and militaristic confines that have characterized the Movement for Socialism of Bolivia (MAS), ever since its army first took root in the country.