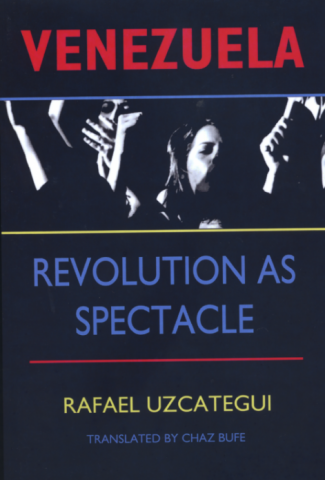 Rafael Uzcátegui has been an editor of the long-running Venezuelan anarchist paper, El Libertario, since 1995. Since 2006, he has been the chief investigator for the Venezuelan human rights group PROVEA (Programa Venezolano de Educación de Derechos Humanos), and was co-writer of its documentary, El Masacre de El Amparo: 20 Años de Impunidad (The El Amparo Massacre: 20 Years of Impunity). Since January 2010, he is a member of the WRI Council.

If you live in the USA or Canada, you might want to order this book directly from the publisher: http://seesharppress.com/books1.html