conscience: TAXES FOR PEACE NOT WAR 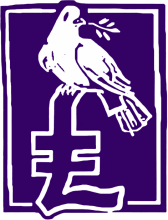 conscience TAXES FOR PEACE NOT WAR, works for a world where taxes are used to nurture peace, not pay for war.

Here at conscience we often hear the excuse that if conscientious objectors won the right to divert taxes away from military expenditure, a range of other groups and individuals would demand a similar right to divert their taxes away from paying for state education, new roads or health services. Creating a Peace Tax fund is different – the military intentionally kill and harm people as part of their role, no other area of government spending does so. The desire not to contribute to state education or the National Health Service is a political objection: our objection is one driven by conscience and one with a legislative precedent.

conscience is about to launch a new campaign ‘Meet the Real Peacebuilders’ to highlight the valuable non-violent peacebuilding work that is currently being carried out across the world. We want to show decision-makers that there are effective, alternative solutions to military security that you can pay tax for with a clear conscience. conscience will use these real life examples of peacekeeping work to campaign for the development of the government’s inter-departmental Conflict Pool. The Conflict Pool funds conflict prevention, stabilisation and peacekeeping activities to reduce the number of people around the world whose lives are affected by violent conflict.

During the conference we learnt much about the problems of conscientious objection in Colombia and its lack of recognition there. ACOOC has worked hard to stop COs from going into the army, but though they have managed to stop COs from carrying out military service, they are still not recognised as COs.

In the UK COs have moved from conscientious objection to military service to conscientious objection to military taxes. It should always be remembered that they are the same fight. The only difference is here in the UK we do not see first-hand the violence and other crimes we commit through our taxes. We don’t meet the families our money divides and devastates or the people we wound or the people we kill.

For more information on conscience and the work we do please visit: http://www.conscienceonline.org.uk/