This submission is in three stages: new developments, best practice and remaining challenges. For brevity, we have detailed examples under each category that we consider more prescient. 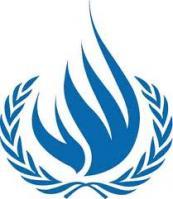 We are glad to highlight important developments in terms of the international recognition of the right to conscientious objection, through the United Nations Human Rights Committee and the European Court of Human Rights. These developments will prove invaluable in future, where conscientious objectors seek redress through international mechanisms having been unjustly treated in national contexts.

We are pleased, also, to highlight examples of best practice, where states go further than merely complying with the international standards to which they are subject.

Many challenges remain. At worst, in countries where international standards are not met, conscientious objectors face imprisonment, sometimes repeatedly (including in Turkey and Israel). In other cases, such as Colombia, constitutionally the rights of conscientious objectors are recognised, but in practice these rights are far from upheld.

In July 2011, ruling on the case of Bayatyan vs Armenia1, the Grand Chamber of the European Court of Human Rights ruled that conscientious objection to military service is protected under Article 9 of the European Convention on Human Rights and Fundamental Freedoms – the right to freedom of thought, conscience and religion.

Bayatyan v Armenia was cited through the European Court of Human Rights in November 2011, in the case of Erçep vs Turkey2. The case concerned Yunus Erçep - like Vahan Bayatyan, a Jehovah's Witness - who has been repeatedly imprisoned for his refusal to perform military service. In Turkey, Yunus Erçep was subject to around 15 call-ups. The Court observed that it “had recently reviewed its case-law concerning conscientious objectors, in its Grand Chamber judgement in Bayatyan vs Armenia. In that judgement it had noted that Article 9 did not explicitly refer to a right to conscientious objection. However, it considered that opposition to military service, where it was motivated by a serious and insurmountable conflict between the obligation to serve in the army and a person’s conscience, constituted a conviction or belief of sufficient importance to attract the guarantees of Article 9. In the today's [sic] case the Court observed that Mr Erçep was a member of the Jehovah’s Witnesses, a religious group that had consistently opposed military service. There was no reason to doubt that his objection was motivated by anything other than genuinely-held religious beliefs.”

In 2012, the European Court of Human Rights followed up the Erçep vs Turkey judgement with three more judgements against Turkey which all cited a violation of Article 9: Demirtaş vs Turkey3, Savda vs Turkey4 and Tarhan vs Turkey5.

In the case of more than 100 individual complaints of conscientious objectors from the Republic of Korea, who had all been sentenced to 18 months' imprisonment. In the cases, Min-Kyu Jeong et al v Republic of Korea6, the Committee held that conscientious objection to military service “inheres in the right to freedom of thought, conscience and religion. It entitles any individual to an exemption from compulsory military service if this cannot be reconciled with that individual's religion or beliefs. The right must not be impaired by coercion.”

In the cases of Turkish Jehovah's Witnesses Atasoy and Arda Sarkut7, the Committee published its views in March 2012, stating that “Although the Covenant does not explicitly refer to a right of conscientious objection, the Committee reaffirms its view that such a right derives from article 18, inasmuch as the obligation to be involved in the use of lethal force may seriously conflict with the freedom of conscience. The Committee reiterates that the right to conscientious objection to military service is inherent to the right to freedom of thought, conscience and religion. It entitles any individual to an exemption from compulsory military service if the latter cannot be reconciled with the individual's religion or beliefs. The right must not be impaired by coercion."

3.1 Gap between policy and provision
There remains in some States a mismatch between constitutional recognition, and the accompanying recognition of conscientious objectors in practice.

Art. 216 of the Colombia constitution provides for compulsory military service for men aged 16 – 28. The constitution also states that "freedom of conscience is guaranteed. No one will be obliged to act against their conscience." In October 2009, the Constitutional Court of Colombia ruled that there is a right to conscientious objection to military service under the Colombian constitution, and urged the Colombian Congress to pass a law to regulate the right to conscientious objection.
This law has not yet been passed, and therefore, there is currently no legislative procedure to achieve CO status – in practice the right does not exist at the moment.

3.2 Lack of implementation
New developments in terms of conscientious objection to military service include the judgement in the cases of Bayatyan vs Armenia. This judgement, issued on 7 July 2011, is yet to be implemented. The state of Armenia continues to imprison conscientious objectors, under Article 327, Part 1, of the criminal code, which punishes evasion of the call-up to military or alternative service. Recently, these have included Anania Grigoryan and Artsrun Khachatryan, sentenced in June and July 2012 respectively, and imprisoned after their appeals were rejected on 15th and 26th November. They are incarcerated in Nubarashen prison, with sentences of 24 and 30 months respectively.

There has been a similar failure to European Court of Human Rights rulings in the case of Turkey – conscientious objector İnan Suver being detained again on 12 September 2012.

The Human Rights Committee's 2004 Concluding Observations on Finland called upon the State to end this discrimination10, but this remains unheeded.

3.4 Repeated punishment
Conscientious objectors who remain unrecognised by their States can face repeated punishment for their ongoing refusal to partake in military service. This is in violation of article Article 14, paragraph 7 of the ICCPR, which states that no one no one shall be liable to be tried or punished again for an offence of which they have already been finally convicted or acquitted in accordance with the law and penal procedure of each country. The UN Working Group on Arbitrary Detention has also addressed the prohibition of repeated punishment of conscientious objectors because of their continued refusal to undertake military service, finding repeated imprisonment to be arbitrary detention.11

Yet conscientious objectors do regularly face repeated imprisonment. Having declared his refusal to serve in the Israeli military at an Induction Base, conscientious objector Natan Blanc has imprisoned for ten days for the first time on 20 November 2012. On his release, he was again called up, and again refused to serve, whereupon he was imprisoned for twenty days. This process of call up, refusal, imprisonment and release has been repeated four times thus far. As I write, Natan Blanc is imprisoned for the sixth time, until 27 February 2013.

Article 318 represents an unfair limitation of the right to freedom of expression in Turkey, potentially criminalising any criticism of the Turkish military. The Human Rights' Committee's General Comment 34 on Article 19 makes explicit that State parties should not prohibit criticism of institutions, such as the army or the administration. 12

The Human Rights Committee's Concluding observations (2012) notes that human rights defenders and journalists continue to be subjected to convictions including criticism of the military (under article 318 of the Turkish penal code), and calls upon the Turkish government to ensure that relevant provisions of the penal code - are brought into line with article 19 of the CCPR13.

Likewise, in the UK, when former Leading Medical Assistant Michael Lyons refused to undertake weapons training whilst his application for release on grounds of conscientious objection was pending, he was found guilty of wilfully disobeying this order, and was detained for eight months in the “Armed Forces Correctional Establishment” at Colchester.

3.7 Lack of information
Of the status of conscientious objection in some states we remain woefully ignorant. Our information regarding military service in Eritrea is obtained through accounts of those who have have fled from Eritrea. Many of the Eritrean Diaspora remain scarred to speak out because of perceptions of the strength of the Eritrean regime to reach them in exile, and their families in Eritrea. We have details of many conscientious objectors who have been imprisoned. We are unable to discover whether they remain incarcerated. Three – Paulos Eyassu, Negede Teklemariam, Isaac Mogos – were detained 19 years ago, on 24 September 1994, and as far as we know, are still imprisoned at Sawa Military Camp.