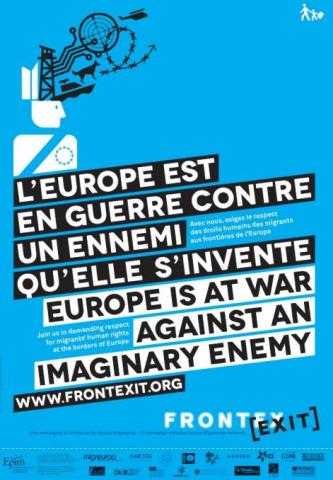 Brussels is the European capital and second largest city after Washington in terms of its current numbers of lobbyists who represent the interests of different industries such as cigarette manufacturing, finance... and arms. Their mission? To do everything in their power to influence current and future EU policies. And companies such as Thales Group, BAE Systems and Finmeccanica, considered to be the jewels of the European arms industry, are making efforts. A bit of background information:

These three companies, plus Airbus Group (formerly EADS) form what is called “the great four” - the four biggest companies in the European arms industry. And from time to time they publicly address the decision-makers; in 2003 the CEOs of Thales Group, BAE Systems and EADS wrote an open letter (which was published in several national European newspapers) to call for the creation of the European Defence Agency. This was created in July 2004 thanks to intense lobbying from the arms industry… and to the tenacious work of the consulted experts in its development. Experts who work for BAE Systems and EADS and whose work has never been made public.

The aforementioned projects have benefited from financial aid which has come from FP7, an EU fund which is used to help businesses finance their research in high technology. In 2010 the amount allocated to adopt military surveillance techniques for Europe’s border was estimated to be around €50 million. As public money is not to be used for military-orientated projects, businesses devise programmes with a dual purpose - civil and military - which is allowed. In 2014, the European Space Agency launched the satellite Sentinel (the first in a series of satellites whose launches will be clear in 20 years) for a planet observation mission. The images are readily available to citizens, scientists and businesses...It’s about “better protecting our planet and improving our citizens’ lives”, but “the images from Sentinel will also be crucial in maintaining Europe’s maritime security” (e.g. fishery, drug trafficking, border control). The fight against illegal immigration, by boat, for example, is not the aim of Sentinel’s images, but these images can be used to help national systems to control borders.

In order for funds to be allocated to projects which fulfil the EU’s needs, the European Commission needs to correctly identify the flaws. Affected by a chronic deficit of internal experts, the Commission regularly consults external ones. The Security Advisory Group is composed of 32 people, a third of whom come from the arms industry (Airbus Group, Finmeccanica, Thales Group). This group must indicate the flaws regarding the EU’s security technology…. then these experts will reprise their roles within the weapons industry and work on a project which, after being financed by Horizon 2020, will lead to a finished product (drone, satellite, armoured personal carrier)... which will be commercialised and benefit the company in question. Just like in the European Defence Agency’s case, there is an obvious conflict of interest.

The group consultants for security have met in Brussels a good twenty times which has resulted in an increase in European border security.

“Europe is at war with an imaginary enemy” then. An enemy, the migrant, systematically described as “illegal” and presented by the arms industry itself as a package of problems that needs resolving in the same way as crime, terrorism or drugs. In order to resolve “this migratory and security problem”, specialists and external experts, who have come directly from the defence industry, are called upon for assistance. They transform this “problem” into a fault that rapidly needs fixing by the EU and produce adequate products which, after being financed by European public money, will go to line the pockets of companies such as Thales Group, Finmeccanica and BAE Systems. The arms industry is not and will never be a business like others - it is able to to produce policies which justifies risking migrants’ lives, an economy which justifies this policy, and weapons which carry it out.

Stephanie Demblon campaigns against the arms trade "istopthearmstrade", and protests against nuclear weapons and for freedom of movement.