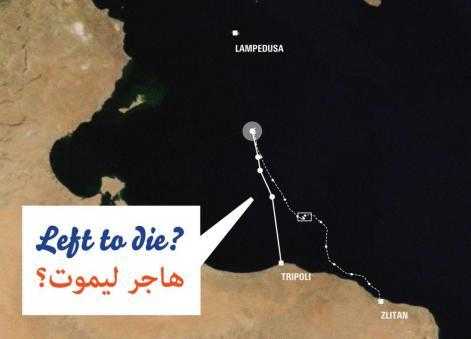 The European Union (EU) has one of the most dangerous borders in its southern tip, across the coast of the Mediterranean Sea. In recent years, this maritime border, particularly the Italian Peninsula, has become a mass grave of migrants by reason of tragic boat accidents that took place time and again, often times in distances so close to coastal towns that they could have provided timely interventions of rescue. This issue has caused a great deal of embarrassment on the part of some European institutions, as it is happening partly due to lack of an effective intervention strategy on the part of the EU. This points out that legal security and the provisions that safeguard human rights are in stark contrast to the militarised security of the borders.

Another embarrassing aspect of this crisis is that it is a result of a narrow political interest that gives priority to securitization of maritime borders at the expense of the “human rights of migrants at sea.”2 By taking some latest calamities of the Mediterranean Sea, that come as hideous blots on the annals of modern European history, this short contribution argues for a robust seal of the gap between human rights protection and militarised “security” along the sea borders of Europe.

Admittedly, the details of the numerous tragic sea accidents that have taken place in the Mediterranean Sea in recent years are too long to be recounted in a short piece like this one. I here make a cautious choice of the two most important examples, selected mainly on account of the global coverage they have received, and the concomitant uproar they have instigated. I believe that by discussing two of the most representative cases some sort of justice can be done in propagating the call for accountability with regard to all such injustices the world has witnessed in recent years. 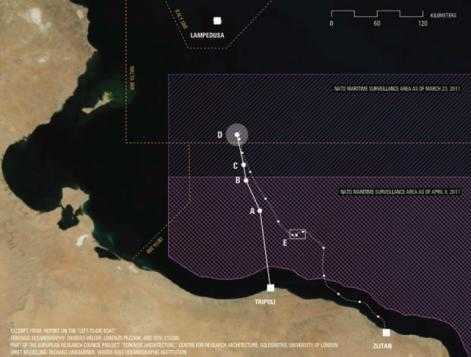 The two examples are the “left-to-die-boat” (LTDB) of March 2011 and the Lampedusa Tragedy of October 2013. They stand out as some of the most important examples in demonstrating existing gaps in the protection of the human rights of migrants at sea at the European level.

The LTDB accident involves the danger faced by some seventy-two migrants, who departed Tripoli on the night of 27 March 2011, in an overcrowded boat. The migrants were stranded on the sea for about two weeks, severely hit by hunger and thirst. The journey ended up with the tragic death of all but nine passengers. The majority of the sixty-three people died during this period, for lack of timely rescue operations. When the boat finally landed in Ziltan (southeast of Tripoli), drifted by sea wave, only eleven migrants were still alive. Two of them died shortly thereafter. Sadly, this tragic “accident” took place at a time when there was heavy military presence in the Mediterranean Sea in relation to North Atlantic Treaty Organisation (NATO) military operations against the regime of former Libyan dictator, Muammar Gaddafi.3

The second example is that of the Lampedusa Tragedy, which took place on 3 October 2013. This involves the capsizing of an overcrowded migrant boat at the coast of Lampedusa, about less than a quarter-mile from the island, at least according to media reports. The fact that the accident happened at such a close distance to the coast of Italy was interpreted by many as an outcome of a dismal failure by Italian authorities, tacitly condoned by the rest of Europe.

3. The need for a robust mechanism of international accountability

The two tragedies discussed above have garnered heightened international attention, exposing colossal failures on the part of some EU member states and NATO. In the case of the LTBD in particular, core issues of accountability remain unanswered as the accident took place in spite of the fact that the migrant boat was actually spotted in an early stage of the crisis by a military helicopter and several vessels (civilian and military) that were navigating in the area. The military aircraft and vessels allegedly belonged to NATO and some other European states. Matter-of-factly, a distress call that was sent from the migrant boat was duly received by the Maritime Rescue Coordination Centre (MRCC) in Rome, and was subsequently transmitted to several vessels in the area, including the NATO headquarters allied command in Naples. No action was taken to save the lives of the migrants at sea.4

At the EU level, there is also an urgent need to reevaluate existing EU border enforcement policies, with a view to enhancing an approach that takes into consideration not only the maritime security (militarisation) concerns of Europe but also the human rights of migrants as sea. Without leaving the burden to coastal states, which remain disproportionately affected by an over-growing influx of ‘boat’ migrants, the EU as a regional block needs to come up with a solution that addresses this problem in a holistic approach. Without undermining some of the positive on-going deliberations at the EU level, it is important to highlight that stringent accountability measures also need to be put in place in order to avoid the kind of colossal failures seen in the case of the LTDB and the Lampedusa Tragedy. In the end, it is not militarised security of borders that nurtures a safe and better world, but immigration policies anchored in the need to give top priority to the security of the human person: regardless of the fact that such a person is a migrant or non-migrant.

1 This contribution is an abridged version of a full length academic paper submitted to the workshop on “Justifying the European Border Regime and Holding It To Account: Ideational Versus Material Dimensions?,” European University Viadrina (Frankfurt/Oder), 26-27 March 2015. The original title of the full paper version was “Balancing the Tension between Security and Human Rights in EU’s Southern Maritime Borders.”
2 See in general: https://www.humanrightsatsea.org/.

3 This account is largely based on a summary of events presented by the Forensic Architecture Project, available at http://www.forensic-architecture.org/case/left-die-boat/.