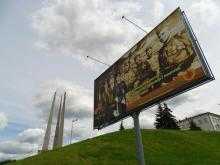 Although it can be considered as a positive step, the new law comes with a very restrictive and punitive framework. According to it, the right to alternative civilian service will only be granted to those with religious pacifist beliefs. Besides, the ones qualifying for ‘alternativschiki’ will have to serve twice more than the regular conscripts – three years instead of one and a half for those without higher education, and two years instead of one for college graduates. Throughout their service term, they will get paid around BYR 2m monthly, which is roughly $115.

As Galina Dzesiatava from Belarus Digest reports, these conditions make the alternative civilian service highly unappealing, and at least for now the service is likely to exist only formally.