GEORGIA: Compulsory conscription will be restored 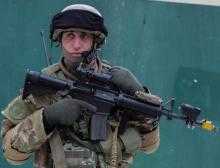 Compulsory military service with Georgia’s MoD was abolished by former defence minister Tinatin Khidasheli in June 2016. The move, however, did not mean a total prohibition of compulsory recruitment into the Armed forces as the decree issued by the former minister was only applicable to MoD. In Georgia bulk of recruitment of conscripts is made by other ministries and state agencies such as the Interior Ministry, the State Security Agency, Special State Protection Service (SSPS), the ministry in charge of the penitentiary system, and the intelligence service.

Re-enacting the mandatory military service, Minister Izoria claimed that it was "a better option" for the state in terms of finances. In regard to changes in its implementation, the Defence Minister said conscripts would be released from service on weekend and official holidays and they would also enjoy a 50 GEL salary increase.