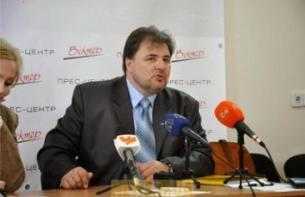 Ruslan Kotsaba, a journalist from Ukraine who was earlier charged with high treason for his refusal to military draft, and held in detention for more than 15 months, was released on 14th July following the order of the Court of Appeal in Ivano-Frankivsk region.

Ruslan Kotsaba, originally a supporter of the Maidan protests, uploaded a video on YouTube to voice his opposition to Ukraine’s warfare in the eastern part of the country in January 2015. In a statement addressing the President Petro Poroshenko, the journalist announced his refusal to be called up, calling on his fellow countrymen to do likewise and make a stand against conscription. In his address, he stressed his view that the ongoing conscription at that time in Ukraine was unlawful since the Ukrainian government had not declared war.1

On 7th February 2015, Ruslan Kotsaba was arrested on charges of “high treason” and “obstructing the lawful activities of the Ukraine military”. Following his arrest, Ukraine’s public prosecutor named around 60 witnesses who, over time, were summoned to appear at the monthly court sessions. However, many of them simply did not show up, pointlessly stretching the court case out over many months.

Prison conditions during Ruslan Kotsaba’s detention were degrading. The food was unpalatable, and his family had no option but bring him food in prison. Temperatures in his cell fell to freezing point during winter. Visits were only permitted every few weeks, and to make matters worse, his family were also made to take turns in visiting him. His children were not allowed to come, so he couldn‘t see them for more than one and a half year. Moreover, Ruslan Kotsaba, recovering from a stroke and has chronic inflammation of the pancreas and gall bladder, didn’t receive the medical attention he needs.

A full year on from his arrest, Ruslan Kotsaba was given his first opportunity to speak out before court on the charges brought against him only in February 2016, a year after his arrest. He used his two-hour testimony to affirm his antimilitaristic stance and his refusal to take up arms. He also spoke at length about the case brought against him, emphasising that he upheld and practised the democratic rules of journalism.

In May 2016, the court in Ivano-Frankivsk announced Ruslan Kotsaba’s sentence of 3½ years (42 months) in prison. It dismissed the charge of “high treason”, stating that the evidence presented by the prosecution failed to prove that Mr Kotsaba, in his public appearances, wilfully and directly aided a foreign country by engaging in subversive practices against Ukraine.

The court did, however, find him guilty of “obstructing the lawful activities of the Ukraine military”, stating that his remarks were not based on precise facts but had instead encouraged the general public to avoid conscription and the duty to defend the country. The court made no reference to Ruslan Kotsaba’s defence that conscription was unlawful since Ukraine had not actually formally declared war.

The court also decreed that in light of the tough prison conditions during detention, his time spent in custody would be counted twice towards his overall prison term pursuant to Article 72.5.

In the following days, Ruslan Kotsaba lodged an appeal against this verdict, which eventually ended up by his release in July 2016. The Court of Appeal in Ivano-Frankivsk region acquitted Mr. Kotsaba on charges of “high treason” and ordered his release.