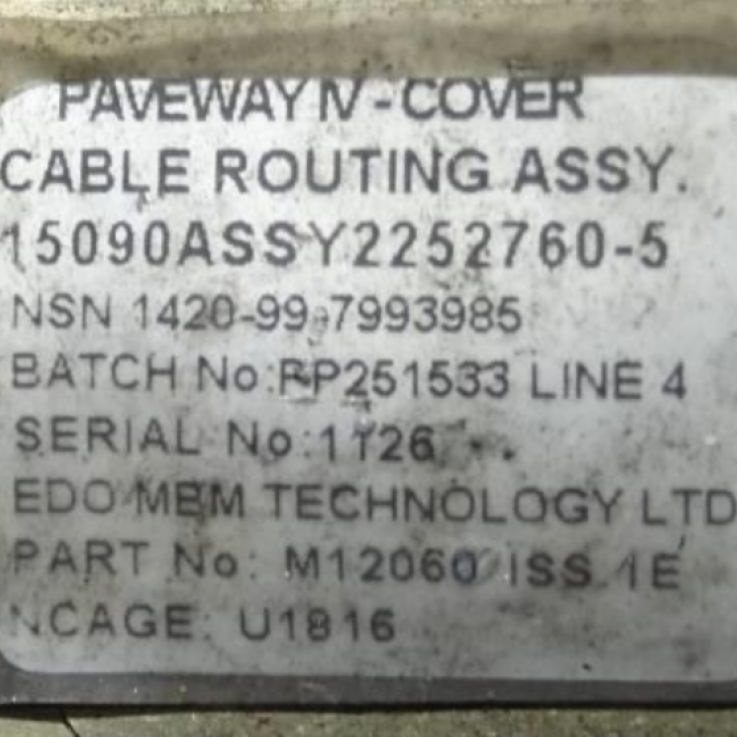 Experts from the United Nations has identified fragments of laser-guided missile systems used by the Saudi military in Yemen that they concluded could break international law. The fragments were from a guidance unit stamped with the name "EDO MBM Technology ltd", a company based in Brighton.

Two anti-militarist activists were found guilty of aggravated trespass in Brighton, UK. The pair had glued themselves to the gates of the EDO MBM factory in the early hours of 27 April 2011 in protest at the sale of bomb rack umbilical cables called Field Replaceable Connector Systems (FRCS) for use on US warplanes and also to the Israeli military.

EDO MBM is an arms factory in Moulsecoomb, Brighton which is wholly owned by the US company, ITT Exelis.

That Dark and Stormy Night

On January 17th 2009 six people broke into EDO MBM/ITT in Brighton and caused £189,000 worth of damage to computers, servers, lathes and other equipment. The activists, calling themselves the ‘decommissioners’, took their action in response to the Israeli assault on Gaza which had claimed 1,400 lives by the 17th. EDO MBM/ITT manufactures the arming unit for the Israeli F16 bombrack.

Court in the Act

On Wednesday 15h of October a mass protest against Brighton-based arms manufacturers EDO MBM/ITT took place in Brighton. Organised by the Smash EDO campaign, the event was called Shut ITT! and was the third such demonstration this year. Last June, Brighton saw the Carnival Against the Arms Trade, organised by Smash EDO too. During this last demonstration the 600 or so protesters managed to reach the Brighton bomb factory despite police attempts to stop them.

Anti arms trade documentary censor by the police in the UK

Police have intervened across the UK to censor 'On the Verge' an independent documentary about the Smash EDO campaign to shut down the Brighton's weapons manufacturer EDO MBM. So far establishments in Southampton, Chichester, Bath and Oxford as well as Brighton have come under police pressure to cancel film showings.
Read more

It has a been busy times for the movement against war profiteering as you will read in this edition of WPN. We congratulate the work done by CAAT and The Corner House, with their court victory that ruled that the Serious Fraud Office (SFO) acted unlawfully when he stopped a corruption investigation into BAE Systems' arms deals with Saudi Arabia. At the same time the fact that a documentary exposing the arms trade was censored in the UK shows the level of impact that the Smash EDO Campaign has had.


CAAT, together with the Fellowship of Reconciliation, have collected thousands of Shut DESO petition signatures. They will be handing these petitions to the Treasury on Wednesday 7th March, the day on which DESO holds its annual conference.

Campaign of the Month: SMASH EDO