War Profiteer of the Month: AimPoint 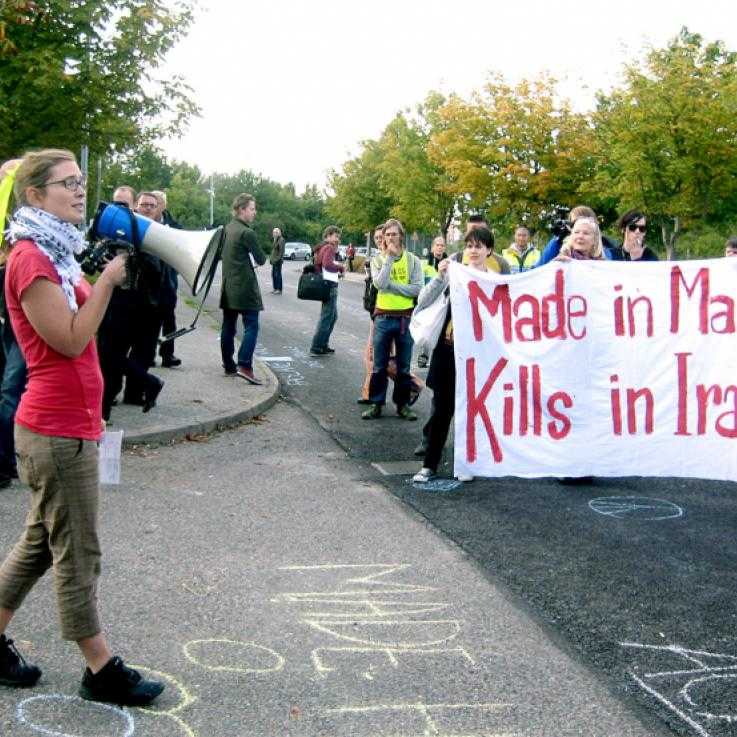 Aimpoint is a Swedish company, manufacturing red-dot magnifying optic sights for a wide range of military, law enforcement, and commercial hunting weapons. Aimpoint was formed in 1974 and is based in Malmo, Sweden. Militaries all over the world, including the US military and NATO member countries use the company’s sights, and they are available from suppliers on every continent.

Martin Smedjeback, a nonviolence trainer, active in the antimilitarist network Ofog, was arrested on the evening of July 14th in Malmö, in the south of Sweden. He climbed the fence of the weapons factory Aimpoint, which manufacturers redpoint laser sights used by the US Army and many other military forces around the world. At the interrogation at the police station that same night, he was informed that he would probably be charged with illegal trespass or severe illegal trespass: crimes that have a maximum sentence of six months and two years in prison respectively.

We won't let the weapons industry silence us!

On 29 October 2012 two peace activists from the Swedish anti-militarist network Ofog were in the district court of Malmö. The arms company Aimpoint demanded €40,000 in damages from them.

In 2008 Ofog held a rally outside of Aimpoint's Malmö base. The two activists climbed over the fence into the arms company's grounds to show their opposition to Swedish arms exports. The police arrested them quickly and calmly on the other side of the fence. Aimpoint chose to close their production that day because of the protest, and are now demanding that the activists should pay the company’s costs for lost production and security. We believe that this is a way to intimidate activists into silence.

On 14-15 November, antimilitarist nonviolent actions took place in a number of countries around Europe, as part of the a European Day of Action against military infrastructure. The day of action was another step in the coordinated work of radical nonviolent antimilitarist groups in Europe.
Read more

Action against Aimpoint as part of the events at the European Peace Action Forum in Sweden.

The company, Aimpoint - or the more suitable "Shamepoint" - manufactures red dots sight used by armies around the world, including the US army in the wars in Iraq and Afghanistan.

This action was part of the activities of the European Peace Action Forum (EPA) at the European Social Forum (ESF) in Malmo, Sweden. The action took place on Friday 19th of September.