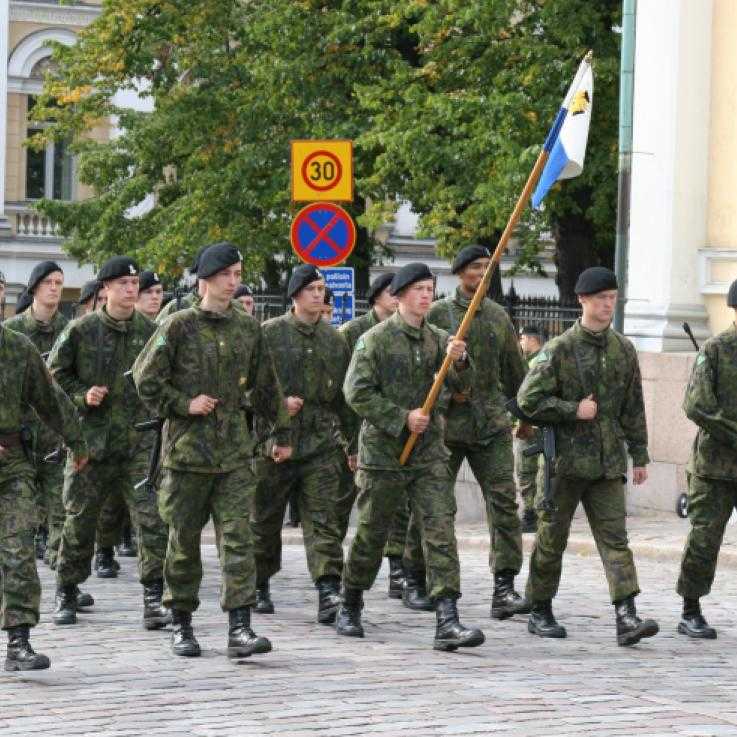 On 23 February the Helsinki appeal court decided to repeal a sentence given to a total objector by a district court. The objector said that his pacifist convictions were a reason for his conscientious objection. He had been sentenced for "refusal from civilian service". The appeal court decided that sentencing him would be discriminatory compared to Jehovah's Witnesses preferential treatment. Jehovah's Witnesses are exempt from military and civilian service in peace time.

Ukrainian journalist and CO Ruslan Kotsaba is on trial in Ivano-Frankivsk. Ruslan has been in detention for almost a year, charged with treason and obstructing the military.  In a video addressed to the Ukrainian President, he declared his refusal to be drafted, saying he would rather go to prison for five years than turn a weapon on his "compatriots in the east".
Read more

Write to a prisoner for peace on 1st December

Postcards sent from WRI affiliate World Without War Each year on 1st December War Resisters' International and its members mark Prisoners for Peace Day, when we publicise the names and stories of those imprisoned for actions for peace. Many are conscientious objectors, in gaol for refusing to join the military. Others have taken nonviolent actions to disrupt preparation for war.
Read more

Our CO-Update this month is a reminder that, as we work together as an international movement against war, the repercussions of resistance to militarism is often felt by individuals refusing to fight. Our Finnish friends have written of the history of the movement in Finland where resistance to conscription began, in some form, in 1901.

Libreta militar no longer needed to graduate in Colombia

The libreta militar (military card), will no longer be required to graduate from university in Colombia, meaning that those who have not completed military service will now be able to receive their degrees. However, a libreta militar is still required for the enjoyment of many other rights. For example, you still require a libreta militar to work in many jobs. When batidas (forced recruitment raids) occur, it is those without a libreta militar i.e. those who cannot prove that they have completed compulsory military service, including conscientious objectors, who are most at risk. Antimilitarists in Colombia will continue to campaign for the abolition of the libreta, and indeed military service. The campaign: Libre de Libreta (freedom from military cards) that we highlighted in the last War Resisters' Stories continues!

20 February was the 25th anniversary of the first  presentation of insumisos to compulsory military service in the state of Spain. Thousands followed, in squares, courts, and even in prison. Niether civilian or military courts, disqualifications or prison could stop insumisión. In fact, by assuming the consequences of their desobedience,  turn on a loudspeaker for their demands. WRI supported the movement since the first declarations of insumisión, and continues to work closely with Alternativa Antimilitarista MOC. We celebrate 25 years of disobedience!

Refuse, Your people will protect you.

"In the year 1949 and after the establishment of the state of Israel, minorities were emancipated from serving in the Israeli army. In the year 1954, the security office attempted to recruit all the Arab citizens in the country, yet, the attempts failed by facing a strict refusal. In the year 1956, the Palestinian Druze youth were compulsorily recruited to serve in the Israeli army, and in the year 1958 the Circassian youth were compulsorily recruited". (The law of serving the security in the state of Israel).

This is how the Arab Druze youth were recruited in the Israeli army by the order of Israeli minister of security and under the name of "law". This proves the inaccuracy of the Israeli narrative that claims: "Druze approached the state requesting to serve in the army.

Quotes from WRI's Countering the Militarisation of Youth conference: Resistance

Back to the Contents of the book

I as Director of the Vocational Training Centre for former Child Soldiers implemented programmes for UNICEF including how to get children who were caught up in the war back into the mainstream of life – to get them back into school or vocational activities...Reduce or eliminate all sort of inequalities and violence will be reduced. If there is no violence, there would be no need for child soldiers... - Domino Frank Suleiman, Liberia

The Insumisión movement against military service in Spain: legitimate disobedience

In December 2001, the last recruits abandoned military barracks across Spain after having completed the final nine months of obligatory military service. In many European states, the end of forced recruitment had been motivated almost exclusively by the military forces' evolution towards global intervention operations, whilst in Spain the system of forced recruitment had collapsed despite years of government efforts.

Crackdown on Greek COs was expected and may intensify

Since the beginning of the year, a crackdown on conscientious objectors (and maybe draft evaders in general) has taken place in Greece. The arrest of 44 year old Nikolaos Karanikas in February, followed by that of 37 year old Haralampos Akrivopoulos in March, and of 30 year old Menelaos Exioglou in April, were the first after many years of relative calm. In this period, COs who were total objectors or refused to accept a punitive alternative service were still prosecuted and sentenced (some times in absentia) - to suspended prison sentences, in military courts - but without arrests.

Refusing militarism is not possible without refusing hegemonic masculinity

In the previous month(s), the WRI office issued the following co-alerts: